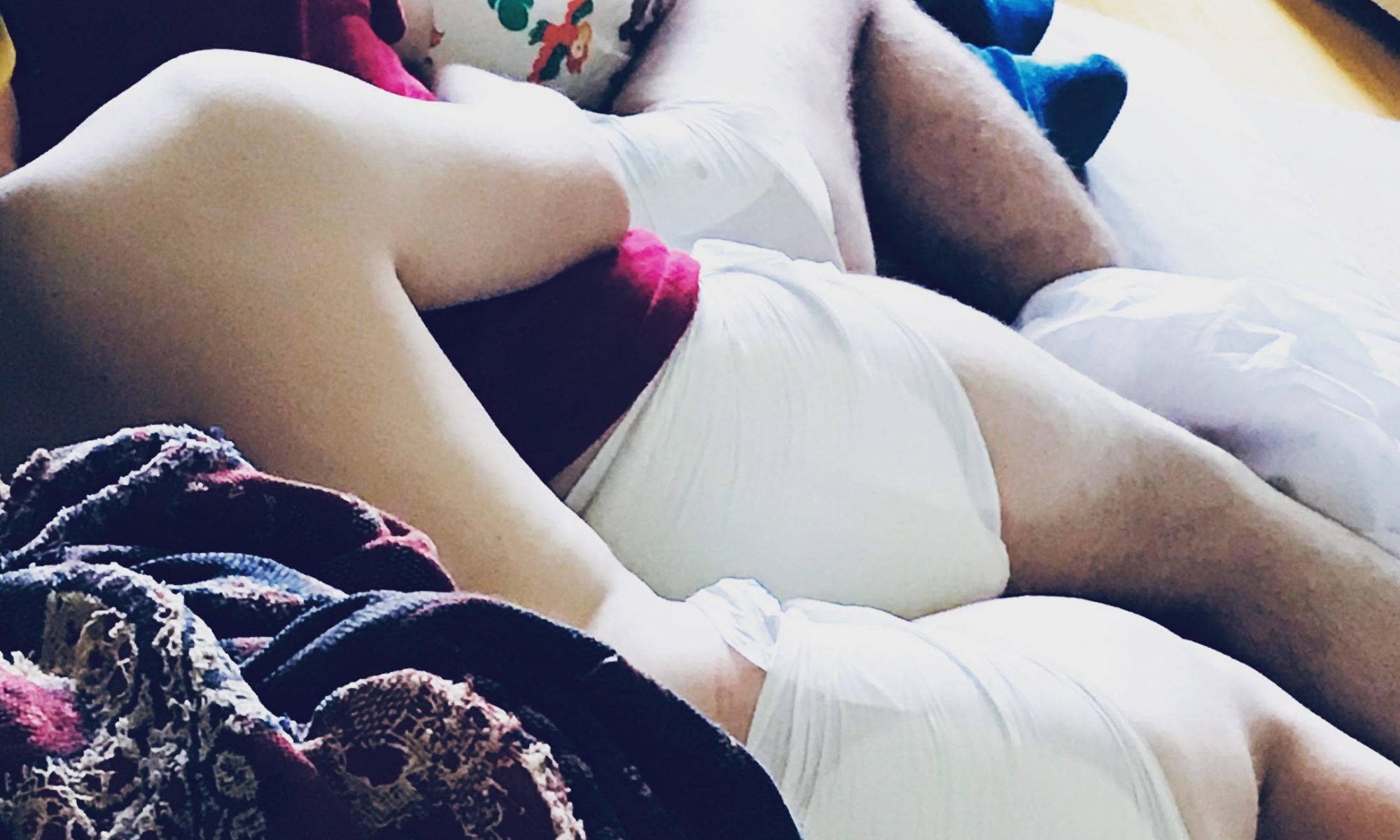 He stands behind you. His pacifier seems to be glued to his face. When you introduce him to others, he turns a deep shade of red, waves shyly and then hides behind you again.

Two days later, he’s running around in just a diaper and hugging everyone he sees.

Your adult baby or little boy has found his place: his first weekend meet-up with others in the community. And just maybe he has found a feeling of acceptance and belonging that isn’t always easy to find.

Daddy Can Belong Too!

As a Daddy, one of the experiences I’ll never forget is taking a little one to TomKat (a weekend campout in Canada). Previously, his exposure to meeting other ABDLs had been minimal.

Watching him go from a shy, blushing boy who could barely speak around others to a little adventurer who was willing to at least sit in on a spanking workshop(!) was amazing.

And that feeling of belonging wasn’t just exclusive to the little one!

As a Daddy, I felt super proud of him. That feeling was accentuated by being around others who would understand the triumph of having him waddle around others in a thick double diaper. Or who would compliment his choice of paci or how cute he looked in overalls (with those amazing snaps!)

It was a special feeling to be with other people who would even understand what being a ‘daddy’ means!

Being able to say “It’s time to change his diaper” in front of a roomful of others was a special moment. And honestly, I’m not sure if the way his face turned a deep shade of red was because he was proud, embarrassed, excited, or all of the above!

From Shame to Acceptance

In our new ABDL Discord chat, we were talking about Capcon and Theo said:

Going to my first convention six or seven years ago was a transformative experience. Meeting others defeated my shame

It was inspiring to hear! And it reminded me of how important real-life meet-ups had become.

They’re a chance to connect with others, sure. But they also help remind baby boys and their caregivers/Daddies that:

But most of all, whether it’s through a one-off afternoon with a few locals, or a weekend event with 100s of people, it can be a way to feel acceptance and belonging.

It has been a difficult year. ABDLs aren’t the only ones experiencing depression, frustration or other issues.

I was sharing last night in our Discord chat how moved I was to have a chat up-and-running again in association with this site.

It was an emotional moment.

And I realized a big part of the reason why was because I was connecting with others beyond a few Instagram messages, and that I was doing so with people who ‘get’ the joys and fun of the ABDL community.

For now, it’s online chat. But I’m looking forward to seeing people face-to-face! To a time, hopefully soon, when the meet-ups start again, when the kiddos waddle up to Tomkat or off to a con.

The community has come together in unexpected ways over the past year. And will do so again as face-to-face meetings become more frequent again.

Until then just remember: you’re not alone, you are accepted for who you are, and there’s a world out there that will welcome you home with open arms.

2 Replies to “Where You Belong: ABDL Boys Find Their Place”