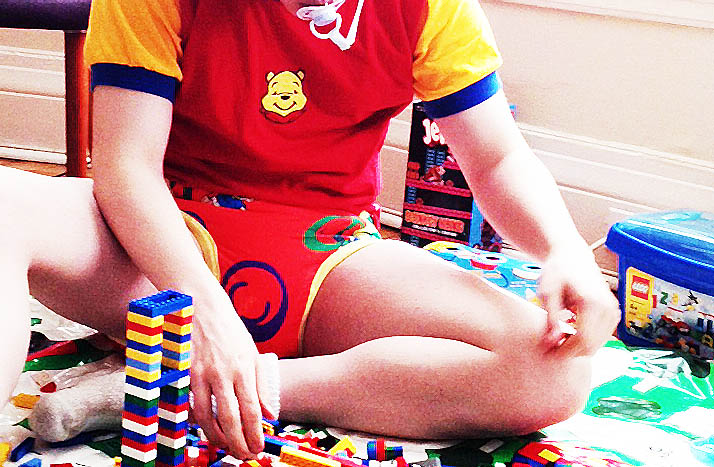 But as readers of this blog know, Anthony is a writer who knows how to put the blocks together and was the author of the amazing series recently posted on this site: Room for Rent, Lodger Required.

Well, Anthony is still at it – posting awesome little stories on his Tumblr.

Here’s a sneak peek of his latest (follow the link to read the whole story!):

Scott and his family moved into the house a few doors down ten-or-so-months ago and the boys hit it off instantly. They’ve been fishing, mountain biking, canoeing; they’re inseparable. I was really happy for Tom, because it looked like he found himself a really good friend.

Of course, that changed when Scott found out about Tom’s diapers. Scott saw half a packet of adult disposable diapers in the bathroom when he came over one afternoon before they headed off to the local swimming pool – I can’t believe how forgetful we are some times (father like son, I suppose?). Scott questioned Tom on what he saw, and seeing no alternative, Tom decided it was best if he told his friend the truth.

Check it out and enjoy!

16 Replies to “Story Time for Daddys and Boys”