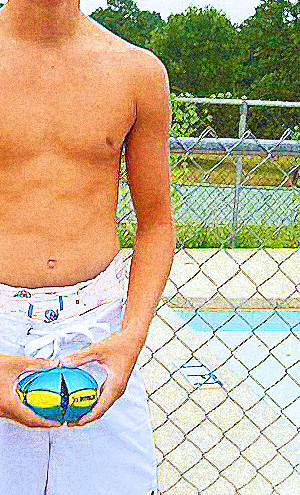 Sometimes it’s only after you’ve made a decision that you realize how simple something is to decide.

You’re with a group of friends, and you’re debating about where to eat, or what movie to go to, and the conversation circles around and there are pros and cons, opinions and dislikes but you just can’t seem to decide.

Maybe you don’t want to offend Joe who was dragged along last time even though he hates Japanese food, or you want to make sure Sally gets a say because you know she’s been having a tough week.

And so things circle around and you can’t seem to get anywhere and then someone says “Let’s go for Italian” or “Let’s go see the comedy instead of the sci fi film” and once a decision has been made everyone rallies around it and you’re left wondering what the big debate was about.

It’s easy for me to look back and say that the decision was obvious and it was simple, but the reality is that it felt a lot like that group of people trying to decide where to eat: there were pros and cons and thing seemed confusing, but then a decision was made and it all made perfect sense.

Only in this case there was no circle of friends, no gang of people, it was just ME, debating with myself. And I had a decision to make and at the time it just seemed incredibly complicated. Only later did I see how simple it really was.

Helping a Boy Grow Up
I remember the day clearly.

I had spent the morning on-line. I had been looking for Web sites and information that might help me to figure out what was going on with Cody. There was lots of stuff to read and even though a lot of it helped me to understand a bit more what might be going on inside Cody’s heart and mind, there wasn’t very much that helped to explain what was going on between him and me.

I had logged off and sat by my pool for a bit but thoughts and feelings tumbled through my head. I felt like maybe I needed a change of pace, and so I headed down to the boardwalk where there was a quiet little outdoor restaurant with a view of the beach.

And what ran through my mind was this: if I could somehow figure out what was going on with Cody, maybe I could help him to become more comfortable and confident with himself.

I mean, it seemed to me that a boy like Cody had a bright future: he was reasonably smart, he was as cute as a button, he was energetic and he seemed to make friends fairly easily.

But there was something holding him back. And this was why his grandmother had approached me – because for some reason Cody became sullen and moody when he didn’t have the security of diapers, whether at night or sometimes even during the day. After time without diapers the bed wetting would begin again and soon enough there would be a daytime accident as well and the poor kid would be sulking as he walked in the front door in soaked jeans.

Joan and I had both been determined to get to the heart of why that might be.

As I sat looking out at the waves, I felt as if the best that I could do for Cody was to make him realize that he didn’t need diapers to feel secure and confident. I mean – what person doesn’t want to have that normal sense of assurance and joy that we can all feel if we have a positive outlook on life?

It was good that I was letting Cody experience what it was like to be truly cared for without judgement. Eventually, he’d come to understand that he didn’t need someone diapering him to have that same feeling of security and unconditional love, and he’d be able to grow out of what must be a painful phase in the young man’s life.

Snapshots of a Diaper Boy
So I made a kind of decision. I knew what the goal was and I’d be able to take it from there.

But as I sat there my mind started to wander. It was like looking through the pages of a photo album because what came into my mind were little pictures of Cody. It had only been a few weeks since I had first put a diaper on the boy, and yet I felt like I had collected some powerful images in a very short period of time.

The image of him rounding the back gate: Cody would get home at the end of a day and the first thing he’d do is head to my place. He’d face me with that incredible grin which was a mixture of shy and happy all at once. I’d give him a little hug and ask him about his day. Sometimes we’d sit there for a bit, and sometimes I’d take him by the hand and lead him inside as he’d talk.

Regardless, it wasn’t long before I was slipping a diaper under him and then taping him up nice and snug, adjusting things a little at the waist and the diaper responding with a happy crinkle.

The image of him on the couch beside me: after he had dinner with Joan, he’d often come back in the evening to hang out and we’d often end the evening with a movie. I’d usually have him in just a t-shirt and diaper so I could change him more easily if he needed it, and there was something adorable in his absorption of the films.

Strangely, we had started with movies that any young man his age would enjoy, but as the weeks went on he started asking for more child-like films….Toy Story or Finding Nemo or Shrek. There was something about the more Disney-like fare that brought out a more cuddly side in him, and he’d often scoot over so that I’d snuggle him, which also made it easier to give his diaper a little check now and then.

Or there was the image of him gently touching the diapers that I had stacked in the spare room. It was one evening when I was about to put him into a diaper for the night, and when we walked into the spare room he sort of shuffled to the dresser and ran his fingertips over the plastic of the diapers. He had a look in his eyes that was somehow vulnerable and yet expressed, well, I don’t know – because the word I want to use is safe, but it’s hard to say whether the stacks of diapers made him feel safe, although his body language seemed to hold that feeling.

And finally the image of him arriving at my door one morning. And saying hi, and then looking to the ground.

“Good morning, Cody, what’s wrong?” I had asked – he had never come by in the morning before and I was sure there was something wrong.

And it dawned on me. “You think you need to be put in a diaper today?”

And he blushed and nodded.

And I did what I did. Maybe I felt a slight hesitation, but I instantly decided to sort it out later.

And so I led him to the spare room, and I carefully taped him up into his diaper. I helped him put his pants back on, and I gave him a hug, patting his diapered bum, and watched as he head off for the day.

And as I watched this adult boy walk off, I realized that throughout the day, he’d have that padding between his legs, would be reminded of the diapers he was wearing every time they rustled slightly when he moved, and that maybe he’d even feel the spreading warmth if he wet himself and that all of this meant that something significant had happened: his diapers had become part of his day, and I was, in a sense, a part of that day as well.

A decision would have to be made.

The Boy in the Sand
These photos and images were more than that, of course. They were feelings.

And as much as I wanted to see Cody happy, my own feelings were embedded in each of those images I was shuffling through my head.

I had never experienced anything like what I had experienced with Cody. I have been in love and lost love, I have broken hearts and had my heart broken, and I had experienced my share of happiness and joy, more than I ever thought I could ever receive.

But I knew that I needed to do what was best for Cody: to put my own feelings aside and to help him feel peaceful in who he was – a 20-year old boy who would find someone to love his own age, and experience all the things I had been lucky enough to experience.

I nodded to myself and tried to just breathe. To let myself accept that life would go on, things would be fine, Cody would grow out of his fears and become, well, I hate to say it but the word I thought of was ‘normal’.

But just then, as I glanced out at the beach below, I saw something: a young boy, maybe 8 or 9, who was chasing a beach ball along the shore. His dad walked along behind him, and smiled widely every time the boy turned to see if his dad was there. And then, the dad took the boy’s hand, gently stopping his running about.

He crouched down beside him and lowering the boy’s shorts slightly he slid a finger along the boy’s waist – and along what seemed to clearly be a diaper that peeked up now above his trunks. The dad said something to the boy and the boy nodded and then, almost suddenly, wrapped his arms around his dad’s neck and gave him a hug which was lovingly returned.

And in those gestures my decision was made.

Because in that instant I realized that I had been focusing on the wrong problem. Because my problem wasn’t with whether Cody could live a normal and adjusted life, my problem was with ME.

And as I sat there, I realized that what I truly feared was the part of myself that, because of Cody, had opened up to me.

And I found myself mouthing the words to myself: “You want to be a daddy”.

And as the images of Cody ran through my mind, all I could do was agree.