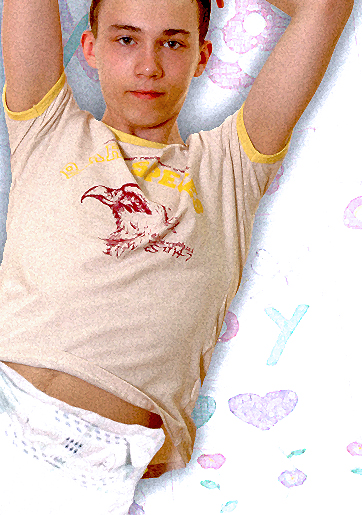 There are many joys in being a daddy to an adult baby or little boy. Small gestures of care and attention can mean a lot: a diaper check, blowing bubbles during bath time, reading him a story as you cuddle on the couch.

But when you care for someone for a long period of time there’s something really special about the changes and turning points that can happen in your relationship with a little one.

For me, memories of turning points and discoveries are also a reminder that it’s an amazing journey to be a daddy to a little boy and not something that just sort of “arrives” and stays in one place.

Your experiences may be different, and I’d like to hear your own milestones. What were those special moments or events?

I expect that some of them may include the following.

The First “Daddy” Diapering
Diapering your little guy for the first time is a big milestone. Depending on how you met him, whether you’ve talked about it at length, or if it’s something new in an established relationship – the first diapering is an act of making a decision.

Your ‘son’ wants you to diaper him, and you’ve agreed to be his caretaker.

For many people, being diapered by someone for the first time can bring out all kinds of emotions. A dad wants to get it right, a son might feel embarrassed, it might feel a little awkward or it might feel incredibly exciting for both of you.

And so although the first diaper is a big event, one that’s even more important is the first time that there’s a sense of it being natural.

Dad feels sure and confident, he feels tender and gentle towards his little guy, and when he looks down he sees a boy with a slightly distant gaze – he can sense that he’s feeling, well, little, almost like he’s floating in the space of being cared for.

So although the first diaper is a big turning point, the time when you diaper your son and it just feels like the most natural, tender thing in the world is perhaps even richer with meaning.

First Shortalls
Maybe this is specific to me – but dressing a little one in shortalls for the first time feels like a really big moment. For a daddy, there’s something about seeing your little boy in shortalls that helps to make it clear that he really is a very special “little” guy inside.

Now, I suppose I’d add onesies to the equation – but for me personally, while a onesie in particular can help an AB feel more himself, shortalls are somehow a more visible sign to a daddy of his playful babyish side.

Ideally, his first shortalls should suit his personality. If they have his favorite cartoon character or name on the bib, then it’s yet another reminder that his expanding wardrobe is a permanent thing in the house.

Over time, wetting will become more natural and they will become less and less aware (other than when soaked) that they need a change. With a daddy around to give diaper checks and changes, the worry about whether they need to be changed has shifted to dad – and as a result, he’ll stop paying much attention and come to rely on you to know when he needs a clean diaper.

But a messy diaper can be another story. Many ABs still live with lots of conditioning and training and might resist messing. There’s nothing wrong with diapers being used only for wetting – it really is something that depends on the person and how they feel.

If it does happen, however, it can be a very important moment for a dad and his baby boy. He’ll be emotional in all kinds of ways, and will likely have a very large sensation of being very little. This is a time for lots of soothing and care. You’ve reached a milestone and even after you change him you will find that there may be hours or even days of processing the feelings that arise from that first messy diaper.

Diapers at the Movies
The first time that you diaper him to go out somewhere is another big turning point.

This is the stage where he becomes increasingly aware that diapers are now becoming a natural part of his life. While he may never wear diapers 24/7 because of work or other reasons, he should become used to the idea that when he’s with daddy, he’ll be diapered and cared for.

Diapering him to go to a movie or perhaps out to dinner will happen when you’ve given him a sense of trust and security. He’ll be starting to feel anxious when he’s out of diapers, and will have connected his diapers to your love and care.

So although he might be nervous about wearing diapers out of the house, this will be countered by the fact that he really DOES feel more secure when in diapers, that his daddy is there for him, and that daddy knows what’s best.

First Play Date
Another big milestone can be his first play date. If you or he know other ABs, he might enjoy having another toddler to play with, or to spend an afternoon or evening horsing around, playing games or watching a movie.

But remember, this isn’t just about two (or more) little guys who have similar feelings sharing time together – your presence is important. This might be the first time that your little guy has been with someone else with his daddy there as well.

It might not sound like a big deal – but for your little one, being in the presence of other people as he expresses his toddler side with his daddy around can be a very big event, filled with emotion and perhaps some uncertainty.

Let them have fun. Be present but not intrusive. His friends may be curious about you and they might also be incredibly shy and bashful. And at the end of the day, remember that this is a special time which is reaffirming that he has the safety to express the little boy inside.

The Forever Snuggle
But of all the milestones, the most meaningful isn’t a first – it’s an always. It’s the feeling you get each time you’re able to cuddle your little guy and to provide a sense of affection and care that I think is something unique and special between a daddy and a baby boy.

So remember – no matter how far along the journey you are, hugs and affection are always there to deepen your bond and sense of sharing in a wonderful adventure together.