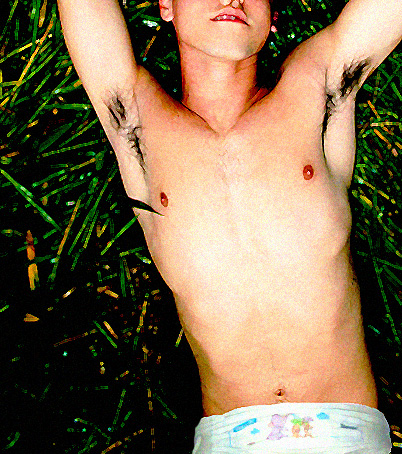 A Trip to the Park

It was a warm summer day. Not too hot, a nice gentle breeze, and everything with that lazy feeling you get in the middle of July when things are quiet.

I had taken Jay to the park. I remember that he was dressed in baby blue shorts and a white t-shirt.

I had just put him in a clean diaper before we left home, and I had a back pack with extra diaper supplies, some books, a picnic blanket, snacks, and a sippy cup filled with juice.

I can’t remember for sure, but I’m pretty sure on this particular day it was a weekday and I was off work. The park was quieter than usual – I mean, there were still people around but mostly they were biking, walking along, sun bathing or reading.

We’d often head to the park for a few hours each week. Sometimes Jay would want to play on the slides or have me give him a push on the swings. But today felt like one of those lazy days, and I decided we’d just hang out for a bit.

I laid out the picnic blanket and grabbed the books from the back pack – one for each of us.

I can’t remember what his book was, but he really loved Dr. Seuss (whenever he read Dr. Seuss his body would sort of relax and he’d smile or giggle and I could tell that the books made him feel comfortable in that special space of being a little boy).

It was one of those peaceful moments. No goals, no rush, just sitting in the park, reading, or lying back and watching clouds drift by and saying a few words now and then.

I remember giving my little guy a diaper check. He was used to it and sometimes didn’t even seem to register that I was checking to see if his diaper was wet. He was maybe slightly moist but was a long way from needing a change.

Today, after checking him, he looked up at me and smiled and said “Thanks Daddy.”

There was something in the way he said it. You know that feeling you get in the middle of summer when all your cares seem a million miles away? I sensed that feeling in him.

“It’s warm out today,” I said. “If you want to get those shorts off daddy can give you a hand.”

Now, I really have no idea why I had decided to say that. He and I had never talked about whether he’d be comfortable with his diapers so visible in a public place.

It had been a long time by this point that he had been diapered on a nearly full-time basis and it was like they were part of who he was. And maybe the day was perfect, the park was quiet, and he had a relaxed and comfortable look in his eyes which made it OK.

Maybe he hesitated a bit and then he gave that cute smile he had and nodded slightly.

I helped him shimmy his shorts off and then he rolled onto his back with one arm covering his eyes. He gave a contented sigh. And I think I did too.

As I leaned back to read my book, seeing that my baby boy was comfortable lying in just his diaper and t-shirt gave me an incredible feeling that he had arrived in a safe and special place.

A Place in the World

There is a place for everyone in the world. Often, we find it difficult to find our place not because of what others think or do, but because of our own fears of other people.

Those are natural fears and many of them aren’t disconnected from the way things really are.

But sometimes all it takes is a natural moment when our fears are relaxed to realize that we have the safety and trust to express who we are.

Maybe there’s some special little guy in your life and you’ve diapered him and cared for him – and the trust and safety you’ve provided gives him the sense that his place in the world is OK, that he’s loved enough that it doesn’t matter so much.

I have been in situations where someone I was caring for was diapered in a public place or around other people. And my belief is that you should never go out of your way to offend or scare people.

But when you are caring for an adult baby, you need to help make him feel that his diapers are a natural part of who he is. They are one of his gifts to you as a daddy that help to say that he’s a little boy who needs care. And so there will be times when you change him in a public restroom or people might see his diapers peek up over his shorts at the beach.

And the truth is – that, well, most people really don’t care, they don’t notice, or if they do notice they’re too embarrassed themselves and prefer to move on.

So if that moment comes that your little guy is lying in just his diaper in a quiet park or corner of the beach – remember that he’s giving you a gift, because he isn’t just being true to who he is, he’s also telling you that he trusts your care and is in a secure and loving place beside you.