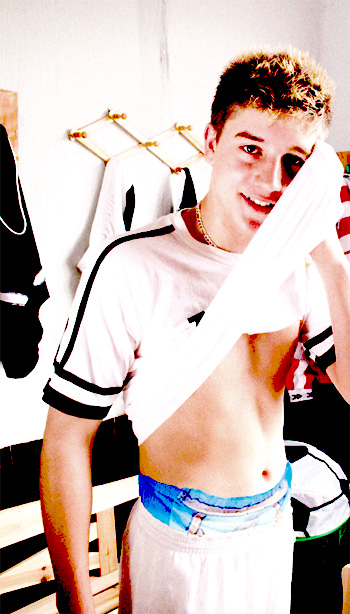 It’s summer in my part of the world, which means it’s the perfect time to take an adult baby or diaper lover to the park to play on the swings, or to the beach where he can make sand castles and splash in the waves.

But some boys are more active than others, and just because you have your little guy in diapers doesn’t mean he can’t play team sports – even if the only team he’s playing against is daddy!

When you’re caring for a little guy, there’s lots of toddler or little boy time. There are trips to the zoo, a drive in the country, or a picnic.

But maybe he’s a more active little guy and likes playing soccer with friends or as part of a league, or wants to join a local softball team.

Diapers at the Soccer Field?
But the question is: should you keep him in diapers? And as always, or with me at least, the answer is that it depends.

One of the joys of caring for an adult baby/little boy is that he’s still an adult, and can still contribute to decisions on what he feels comfortable with, who he trusts, and situations which might cause difficulties.

But ideally, over time, you will have a relationship with your son based on trust and care. His diapers will become part of who he is because he has a daddy to take care of him and to provide a circle of safety and understanding. Without some sort of protection he might feel insecure and he’ll come to realize that being in his diapers is an important part of both who he is and of his relationship with his ‘dad’.

One of the things I discovered in caring for a few very special people was that the trust and safety was like an expanding circle. First, it starts with just the two of you, but over time he will feel more confident that it’s OK to just be who he is, and that being in diapers is an important expression of that inner self.

Maybe you’ll first take him to the movies with a diaper under his jeans. Later, he might wear diapers discretely while out for dinner with friends.

Over time, the fact that he’s in diapers will become more natural, and he may even worry about accidents as using his diapers becomes less conscious or forced. The thought of wearing underwear will cause more anxiety than wearing diapers if he starts fearing wetting his pants or shorts.

Getting Him Ready
So the next time you’re taking your little guy to play soccer with the local team, gently suggest to him that he should probably wear diapers. Remind him that he has his diapers for a reason and that it gives you a sense of joy and security knowing that he’s snug and protected in his diapers.

He may express to you that the time isn’t right. That he doesn’t feel comfortable and that he really doesn’t think he can. If that’s the case, show him love and acceptance. Tell him that you’re there for him and that you hope to always provide the security to make the right decisions. Tell him how proud you are of him.

But if he blushes or fidgets that’s probably a sign that while he may be nervous, he is willing to accept that daddy knows best.

Tell him that you’ll feel better if he has some protection, and that this time at least a lighter diaper will probably do the trick and that you’ll see how he does. Since by now you’re probably always dressing your little guy anyways, do what you would normally do when getting him ready – but instead of just his soccer shorts and shirt, put a diaper on first.

For that first time playing sports with friends, the goal isn’t to embarrass him, but to make him comfortable wearing diapers in new situations. A Goodnite or thinner diaper is probably best, and a pair of big boy undies over top, followed by his shorts or sports outfit will reduce the bulge and crinkle sounds.

Little Superstar
Remember that one of the joys of caring for an adult baby or little boy is that there are hundreds of “firsts” – the first diaper, the first pacifier, or the first night in a crib.

And remember that for him, these aren’t just, well, baby steps but are big events. So when you take him home after that first soccer game in a diaper, tell him how proud you are.

Sit down and listen as he tells you about the game or about how he felt. And then say: “Now, let’s check my little guy’s diaper and see how he did.”

If you’ve had him in diapers for a while, he might not even be sure if he’s wet. If he is wet (even a little), tell him how proud you are that he was wearing a diaper because it’s wet it and that it makes you very happy that you put your little guy in his diapers. He’ll be sure to blush with a pride of his own.

A bubble bath might be just the ticket for your little champ – bath toys and splashing and getting washed by daddy are the perfect end to an afternoon of sports.

And then get him in a nice thick diaper with just a t-shirt. As the diaper crinkles reassuringly as you cuddle him, you’ll both be feeling that it was a very special day for both daddy and his little boy.

One Reply to “Sports for the Adult Baby”