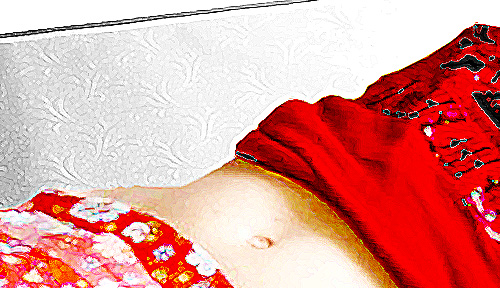 If you’ve never been a dad to an adult baby before, there are a few things you might think about but not fully expect: how much joy you’ll get seeing them in their playpen lost with their stuffed animals and in a world of their own; or the way you’ll need to suppress a smile when you look at your little guy in his high chair with spaghetti sauce all over his face and bib.

But another thing you might not expect is the sudden sound of crinkles around the house.

As your little guy makes his way around the house, his diapers will crinkle with a sound that’s incredibly reassuring to a dad.

As you lie him on his change table, the plastic mattress cover will rustle and crinkle as you raise him up to slip a clean diaper under him.

And as you lay him in his crib or big boy bed, the reassuring crinkle of the plastic cover on the mattress will be the sound of knowing that even when he’s sleeping he can feel safe in his diapers and not worry that even a little leak will cause problems.

The Importance of Protection
The relationship between a dad and an adult baby or ‘little boy’ isn’t about diapering or babying – it’s about creating a sense of trust and care so that he can express who he is inside.

When he gives you that gift of sharing his true self, there’s an incredible feeling of joy that comes from knowing you were able to play some small part in letting him be himself.

And what’s amazing about caring for an AB is the number of ways in which you can demonstrate your care and protection. I can’t think of many other relationships where you have such specific ways to create that bond.

Plastic Sheets
A plastic sheet or cover on the bed or crib mattress is practical. I mean, leaks will happen as much as you might do everything you can to avoid it.

But a plastic or rubber sheet also says something else. It tells a little guy a few things:

One, that you care. That you’ve made sure that you’ve looked after things in a way that recognizes he’s a little boy and needs a dad to take care of him.

Two, that the fact he’s in diapers is natural. He should feel comfortable using his diapers. Diapers have probably always been part of who he is inside, and you’re showing him that you honor and respect that side of him.

To do so, he shouldn’t ever feel like he needs to worry about using his diapers. A plastic mattress cover, the way it rustles slightly beneath him, is a reminder that it’s expected that he will use his diapers and that there’s nothing wrong with that.

6 Replies to “Plastic Sheets for the Adult Baby”