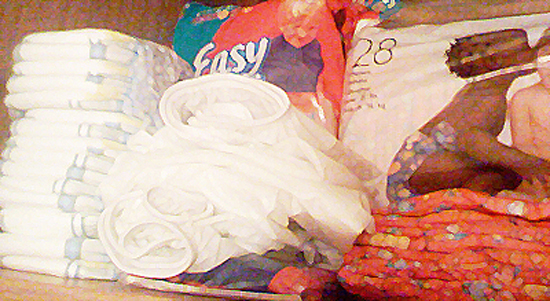 The past few months have been really busy. I visited 6 cities on four trips over 5 weeks. I had to write my business plan for the coming years and it was a radical change from the past.

So when I found myself this weekend with a surprise holiday it was a welcome chance to take some time for myself. (I actually didn’t realize that today was a vacation day until Friday!) 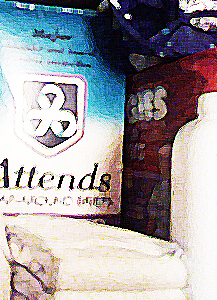 And I did what anyone who needs to relax a little would do – I started my spring cleaning early!

Now, it’s been a while now since I renovated my home. And like any renovation, once it was over I had a few closets somewhere where I threw the boxes marked “figure out later”.

In addition to old papers photos or whatever, I found a lot of the stuff from when I was taking care of someone.

It left me a little nostalgic.

And maybe a little embarrassing. I’m not sure why, but it feels almost like bad luck having things around the house for someone who’s gone.

Take the diaper supplies. Now, it was a little hard to take decent photos and I didn’t want to stop for long while I kept at the cleaning but you probably get the idea from the pictures.

Now, these are just the diapers – I’m about to tackle the box of clothes. 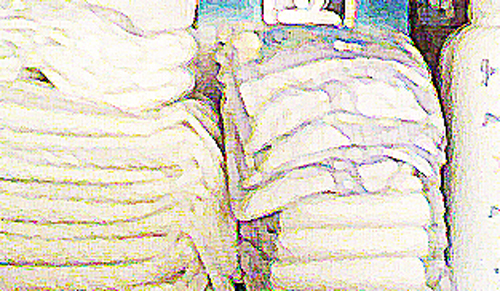 But I had completely forgotten about some things.

I wonder if you have similar memories?

– I had forgotten about the Benetton diapers, for example. A brand they no longer make. I wonder what other brands people remember or wish they could still get?

– I had forgotten about the different brands of Pampers I’d keep on hand. They didn’t fit but they were good stuffers. And having them around meant a lot for some reason. I wonder if adult babies like having packages of baby diapers around?

– I had forgotten how many styles of cloth diaper I had. Super thick, velcro fasteners, pins, and in different prints. I remember that certain times just felt like “cloth time”. I wonder if other ABs have ‘cloth’ versus ‘disposable’ moods.

– I had forgotten about the trainers and ‘kid’s undies’, They were ideal for times when diapers didn’t make sense. But sometimes they were fun on their own. Do other AB/DLs have times when they wear training pants or undies with Spiderman or other patterns on them?

Now, I’m not sure what to do about the stash of stuff. I mean, I even ordered some Cushies because I want to see if they really ARE as babyish as the photos make them seem. But I just can’t help feeling it’s a little, well, odd having these supplies around. Maybe it’s just daddy-ish guilt of some kind or it’s just a moment of nostalgia.

12 Replies to “Spring Cleaning: Diapers for the Adult Baby”