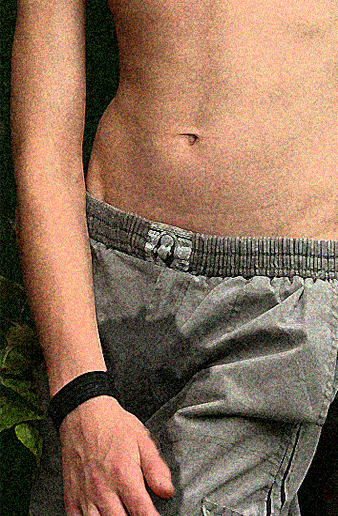 For the adult or teen diaper lover, life doesn’t always let them wear their diapers as much as they’d like. Not every boy is lucky enough to wear 24/7, some don’t want to, and some aren’t able to because of their living situation. I hope that if I can be a ‘dad’ some day to a ‘son’ that they’ll feel safe enough and have an environment where their diapers feel like a natural and accepted part of life. I’d like my son to feel that he can express his little side and wear his diapers however he’s always dreamed.

So maybe it’s because they CAN’T always wear diapers that boys seem to have troubles keeping their pants dry.

Now, I used to think it was like a cry for help, a silent way of asking to be put in diapers. But I’ve started to think a little differently about it. Because the reality seems to be that – well, boys will be boys. And for diaper boys, they just can’t help, well, finding release.

Have you ever noticed how a boy will wait and wait when they have to pee? For a DL there’s something special about that feeling – it gives them a tingle sensation as their bladder fills up, and the anxious feeling of needing to go gives them, I think, a strange feeling of anticipation, frustration and excitement.

I noticed this with Jay when I was his ‘dad’. During times when he wasn’t diapered we’d often be out at a mall and I’d notice him fidget. Very often, getting home at the end of the day, I’d notice a damp spot on the front of his jeans. The little dribbles and releases from needing to pee but trying to control it would leave him with a little accident.

A few times, Jay would wet his pants completely. What felt like a little release turned into not being able to control it.

Standing at a checkout counter in a grocery store I turned once to notice he had wet his pants. He was blushing like crazy but I couldn’t help noticing a little excitement in his eyes. My little boy had wet his pants and he knew full well that it would be back to diapers.

I think that AB/TB/DLs enjoy the fact that even without diapers they don’t always have control.

Sitting playing a video game, say, they’ll know that they need to go to the bathroom, but they’re just enjoying playing too much. When you go to change your boy into his pajamas at night, you’ll find that his undies are damp with pee and that his shorts or jeans will have that tell tale dark spot in the bum and crotch. (At the very least, this is probably a good time to make sure he has Goonites or other protection – wetting the bed can’t be too far behind.)

But for the boy whose undies are more than a little damp after video games, for the true accident, it’s usually a pretty sure sign that your little one will need to be put back in diapers.

The crinkly sound of them and the padding between his legs will help to remind him that he doesn’t have to worry about having another embarrassing accident, but is also daddy’s way of acknowledging that even bigger boys are never too big to be diapered, that boys will be boys, and toddlers too.