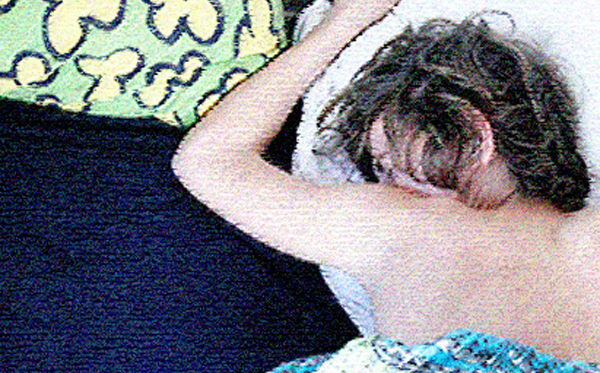 Does bed wetting when you’re younger connect to a love for diapers or being babied later in life? Does the diaper lover who grew up with wet sheets feel differently about loving diapers later in life than someone who didn’t?

I’m not sure I have an answer to this one. But one thing I’ve noticed is that for some people, training ‘problems’ or medical issues earlier in life shifted from being something they were shameful or humiliated by to something they came to love and feel is part of who they are. 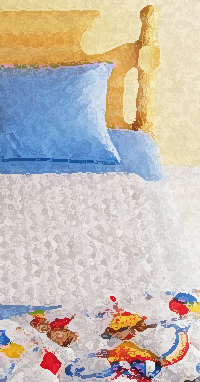 This isn’t true in all cases, of course – I also read or hear about guys who have had to wear diapers much of their lives, either at night or all the time, and while they say they’ll never “love” wearing, they came to accept it and have found a culture and community online that accepts them.

But what about the diaper lover? The person who, through no fault of their own, had problems keeping their bed or pants dry.

Sometimes this happened to them when they were a little older – the 11 year old who suddenly has an ‘accident’ and wets his shorts, or the 14 year old who wakes up to a wet bed. These can be one-off things….humiliating maybe, but put behind eventually, although the memory can live for a very long time.

But for the teen boy who finds that the wet beds are more frequent, the path from being “normal” to being a bed wetter can be abrupt and painful. Maybe there’s a medical component. Maybe a physician says it’s psychosocial. Maybe there IS no answer – but the wet sheets continue.

There can be sudden changes in social behavior. No more sleepovers. Maybe no invitations over just to hang out – the boy worries that there might be a lingering smell in the room or that ‘hanging out’ will lead to sleeping over.

Depending on the parents, there can be calm reassurance that this is all very natural, or there can be scoldings: “Why don’t you grow up”….as if growing up might not be connected with the issue.

Underpads or plastic sheets might be used to try to prevent mattress damages.

And, eventually, the topic of ‘protection’ will come up.

Yeah, diapers, and it doesn’t matter whether you call them Pull-Ups, Goodnites or Underjams, they’re still diapers, at least to a teen (a 7 year-old might buy the line of it being “just like underwear” but a teenager won’t).

Now, wetting the bed is one thing, but in the rare instance where this extends to the day, even if it’s an occasional thing, the feelings can be painful: friendships are hard to maintain, gym class becomes an exercise in embarrassment if the boy is wearing hidden ‘protection’, or if he ISN’T wearing protection, worries about having an accident can become a major preoccupation.

Plastic pants might enter the picture – but the crinkle sound and the risk they might be seen probably doesn’t make them much better than wearing Pull-Ups.

Maybe there are one or two friends who know and don’t care, but I suspect this isn’t usually the case.

Often, as the boy gets older, the protection isn’t enough. The sizes are slightly too small or the wettings are heavier, there are leaks, and it’s time for true diapers, tapes and all.

Now, somewhere along the line, for some people, all of the awful stuff turns into something else. Either the phase passes or continues but in both cases the boy grows up and for some of them, the diapers have become something he secretly ENJOYS wearing.

What was once embarrassing is now embarrassing but for a different reason: who’s he going to tell that he actually wants to keep wearing his diapers?

I suspect that it’s more common for someone who had to wear “real” diapers with the tapes and padded bum to enjoy them later in life. I think there’s something about the protection and safety which, while humiliating at first, gave a kind of comfort. These feelings of safety when combined with other physical changes in the boy’s body provide a connection of diapers to protection and care, even though they might not be ‘cool’ with the other kids.

Maybe those feelings of protection and care help to translate into wanting to extend that feeling, maybe that’s why some DLs also become ABs or, at the very least, secretly want someone ELSE to be changing them and caring for them, to be there for them in the morning and give them love and attention and be proud that he had a dry bed but a wet night, and happily change him or cuddle him for a bit while he remains in the wet diaper.

By extending the feelings to receiving care and security from a caretaker or daddy can shift from being someone who once had a problem to being someone who has discovered that his problem is an advantage: he can let someone care for them, not judge him, keep him safe and diapered, and realize that his diapers were and are just part of who he is – and that everyone deserves some acceptance and love.

But what about you? Did you start as a bed wetter and move into diapers? And how do you feel about them now? Maybe your sharing will help others to understand.