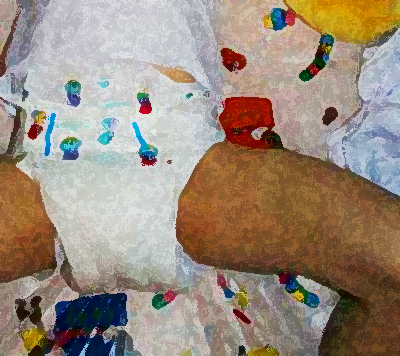 I recently wrote about what ‘dad’ is thinking when changing an adult baby or diaper lover and the different feelings that might be going through his son’s mind. This is a topic I’m sure I’ll return to again and again.

When there is care and trust between two people there are all sorts of ways to express it. You can buy someone flowers, tell them how nice they look, or just be there to listen at the end of a hard day.

Whatever the psychosocial reasons that people come to love being babied or just diapered, there is something that happens amongst all of the feelings and experiences: a boy has a symbol of his willingness to be loved and cared for, to trust in someone else, and to let someone else help to lift his fears about being vulnerable or child-like.

So, those moments of changing a toddler, baby or diaper lover is about more than just making sure he stays clean and well diapered, it’s a reminder every time you do so of the powerful transformative and healing symbol that is intrinsic to who they are.

I should comment that there are also times, with some people, when they reject wearing diapers. And I don’t mean taking a break or because circumstances don’t allow it – I mean a highly emotional rejection.

I’m of the opinion that when this rejection is SO emotional there is a sort of healing or exploration still to be done. Listening becomes so important and there may be issues around societal approval or self-esteem to talk about.

But sometimes people simply “grow out” of diapers. I think that this can be extremely healthy and natural.

Now, I guess there are as many variants on how to change a ‘son’s’ diapers as there are daddies, brothers or moms. I have to say that for myself the ideal would be a change table but when that’s not possible a change mat rather than, say, a blanket or something is really essential. Having your baby or toddler lay on something plastic and crinkly adds a kind of reassurance but I also feel like it creates a safe “space”, whether it’s as small as a change mat or as large as a change table. I think of it like a little island in which the toddler starts to associate certain feelings, hopefully of relaxation, trust, peace and commitment.

Any time he’s placed on that crinkly pad, he’ll know that he’s in daddy’s care.

I really have seen how change time can be a transporting experience. The little one has felt the heaviness of his diaper and dad coming to check him frequently keeps his diapers as a sort of ‘presence’ – something he knows is there and provides security and safety. He may eventually not be aware when he wets – it can become second nature in a way.

But when daddy does a diaper check and then says something like “awww my little one needs a change” the toddler will sort of clue in that he used his diaper and that maybe it’s wetter than he even noticed or realized.

Being placed on a change mat or table then becomes automatically associated with feelings of being cared for and of being vulnerable in a sweet and beautiful way.

He may gurgle or coo or squirm a little, but what often happens is his muscles will relax and he’ll feel a comforting flutter or tingle in his tummy. All of these feelings start to become naturally associated with the change table or diaper mat, and your toddler or baby boy is in his safe space to be who he is and wants to be.

5 Replies to “Change Tables and the Adult Baby”